Professor Helen O'Sullivan appointed to the Board of Trustees 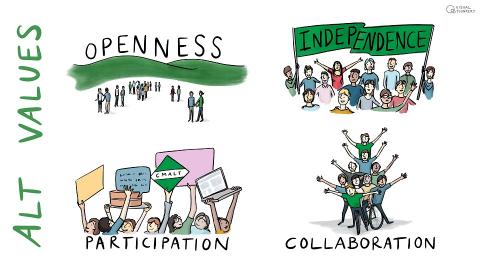 An update from our Chair, Sheila MacNeill 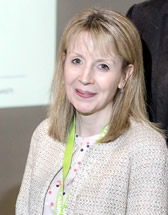 I am writing to you to update you that after a competitive selection process, the Board of Trustees has appointed Professor Helen O’Sullivan, Pro-Vice-Chancellor (Education), Keele University, as the next Chair of ALT.

We are looking forward to working with Helen, who will take up the post at this year’s AGM.

It has been an absolute privilege and pleasure to have served ALT as Chair since 2017.  Over the past three years, the association has made a significant shift in terms of its status to now being a fully independent, virtual organisation. This change has allowed ALT to grow all its activities and its engagement with, and for its members and the wider community.  The Association is stronger in terms of influence, impact and membership than in any time in its history.  We are all navigating through uncharted territory at the moment, but I have the utmost confidence that ALT will continue to serve its members and lead the development and recognition of learning technology for many years to come. I know Helen will make an invaluable contribution to the leadership and development of the association and I am delighted that she will be my successor.

In these turbulent times it is more important than ever for the governance of ALT to remain strong and we are looking forward to seeing many Members at this year’s AGM, which will be held online.

Ahead of the AGM you can now respond to the Call for Nominations for Honorary Life Membership and the Call for Expressions of Interest to stand for Election as a Trustee will be announced shortly.

When I first saw the announcement that ALT was looking for the next Chair of the Board of Trustees, I was immediately attracted to playing a role in the continued success of the organisation. Since then, the world has turned upside down. Learning technologists have played a critical role in leading and supporting organisations as they meet the challenges of emergency remote leaning and turning it into something more permanent for the “new normal”. ALT members are perhaps now in a position of visibility and responsibility that give them the opportunities to accelerate strategic engagement with all of the benefits to students that learning technology brings. My fundamental pledge is that ALT will serve its members in meeting the challenges that the current situation brings and as things settle down into the future. I will advocate for those values and core beliefs that bind members and ensure that the sector has an expert led, independent voice in turbulent times ahead.

On behalf of all members, I would like to thank Sheila MacNeill for her leadership and service over the last 3 years – and before that in other roles. I am taking on the role of Chair at a time when the organisation is in incredibly good shape and I am really looking forward to the challenge of steering ALT into the next phase. 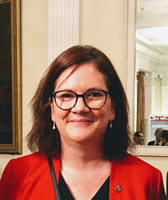