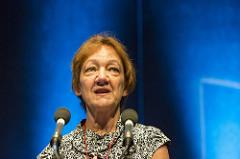 ALT awards Honorary Life Membership to individuals whom ALT believes have made an outstanding and sustained contribution to the advancement of ALT's aims for the development of learning technology in a regional, national or international context through research, practice, policy-development, leadership, or a combination of these. This year’s Annual General Meeting on 7th September 2016, saw two such individuals recognised as Professor Diana Laurillard, UCL Institute of Education, and Professor Chris Jones, Liverpool John Moores University, were awarded Honorary Life Membership of the Association for Learning Technology.

Speaking about the award, Prof Laurillard said “ALT has played a significant role in my working life since its inception. The Association is increasingly essential to education as it leads the way in the use of learning technology in our digital age, and I am delighted and honoured to be part of that.” 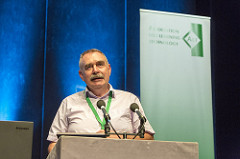 Reflecting on his award Prof Jones  said “I was thrilled to be nominated for an honorary life membership of ALT. I have been an individual member for most if not all of my academic career. ALT has been a huge influence on my academic work, it has been the bedrock for a continuing dialogue between theory and practice, a source of inspiration and an anchor ensuring my ideas are properly tested through application in practice. Being acknowledged by ALT and awarded an honorary life membership is extremely moving because I have always thought of the ALT community as my own. I can think of no better honour and I value it greatly.”